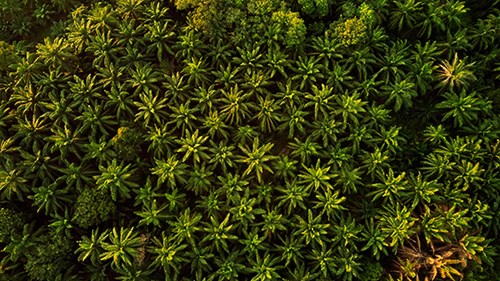 Froneri is committed to sourcing ALL our palm oil responsibly and sustainably.  As a member of the Roundtable on Sustainable Palm Oil (RSPO) we support and endorse its Principles and Criteria.

100% of FRONERI UK palm of is RSPO certified and manufacturing sites that use palm oil are certified to the Roundtable on Sustainable Palm Oil Supply Chain Certification standard. 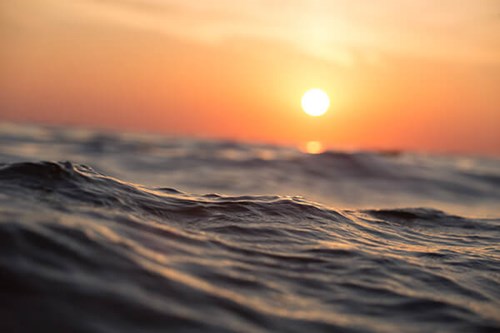 Froneri is committed to working with our customers, brands and suppliers to reduce the impact of our packaging on the environment.

We have a number of packaging commitments in place to help us reduce our impact on the environment:

In the last 3 years* Froneri UK has removed 33.3M single use plastic from our products and switched 14.5M pieces of plastics to a recyclable plastic. 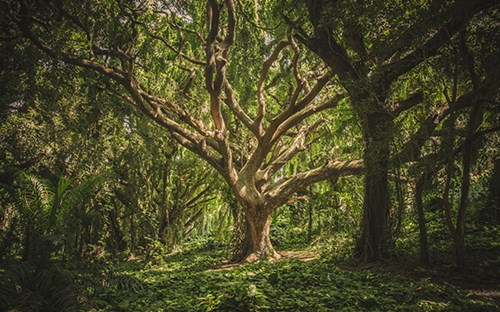 WE USE SUSTAINABLE STICKS

Froneri’s sticks are sourced from a supplier who is FSC* or PEFC* certified (depending on the country).

This means our ice cream sticks are traceable to logs from sustainability managed forest and 100% compliant with regulations that ensure respect for the highest ecological, social and ethical standards. 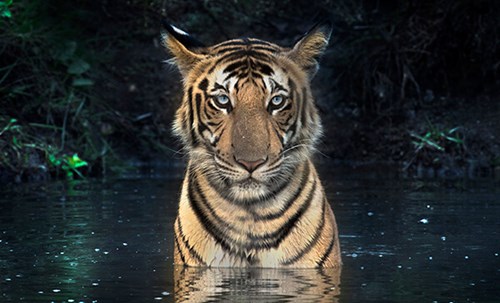 WE SAVE WILD CATS

Did you know there are only 3900 tigers left in the world? Our new plant based ice cream RØAR is on a mission to change that via their partnership with Panthera and the ‘TIGERS FOREVER’ program which has the aim of increasing tiger numbers by at least 50% over a ten-year period. For more information visit roaricecream.com 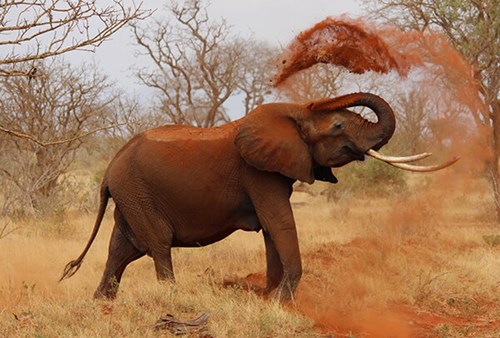 Each year NUII is committed to supporting biodiversity projects in wild places where we can make a real difference to the lives of humans & animals as well as their environment. Our first project is the NUII PEACE project (People & Elephants Amicably Co-Existing) which will provide Co-Existence Education by building an Education Centre run by locals which schools, communities, elephant guards and field guides can learn about elephant behavior and how to protect themselves and their livelihoods during elephant encounters. As well as 20 Solar Water Pumps to increase FREE access to water for both the community and the elephants. Currently these are diesel fueled which require payment to have access to water. 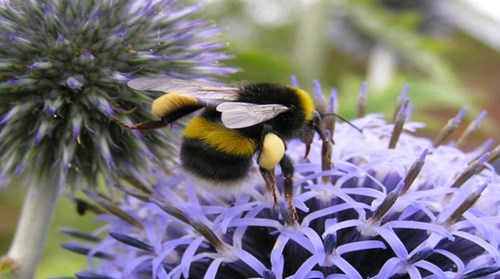 Kelly’s only uses fresh milk and cream from local Cornish dairy herds, meaning our ingredients are sourced just down the road from our factory in Bodmin. We have partnered with the Bumblebee Conservation Trust, supporting sustainable local farming which will give better, bumblebee friendly pastures. 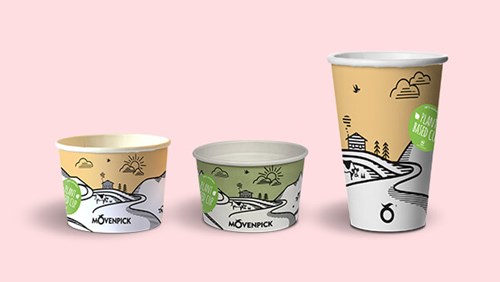 MOVENPICK OF SWITZERLAND STOPS PLASTIC ON SINGLE-USE ITEMS IN PARLOURS

After seeing plastic spoons being disposed of near beaches, Mövenpick wanted to swap to more natural materials made from a renewable resource that would be compostable in the long-run. As of 2020, Mövenpick will have 5.4 million disposable POS materials per year in plant-based quality. They stopped using plastic spoons and changed ice-cream & drinking cups from petrol-based PE-coating to sugar-cane PE-coating. They no longer use plastic lids on their drinking cups and changed their cone wraps to plant-based barrier paper and keep their fully compostable napkins.

In Part 3 of our #NUIIPEACEPROJECT we learn more about how education and water assistance go hand in hand to help resolve human-elephant conflict in Namibia. In addition to the 40 free solar powered water pumps we are installing in the region, we are also building an elephant-focused education centre to support @ehranamibia educate communities about elephant behaviour and teach them the skills they need to protect themselves, and their livelihoods, in the event of an elephant encounter. By doing this we are helping to secure the safety of both elephants and people in the long term. Watch Part 3 to find out more and continue to follow our journey #NUIIPEACEPROJECT @wild.ark. @ehranamibia 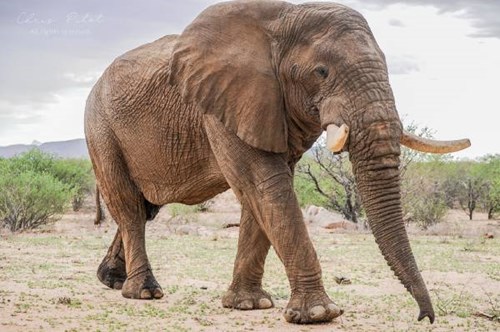 On World Elephant Day we remember ‘Voortrekker’. Voortrekker, meaning "Pioneer", emerged in the early nineties. Out of seemingly nowhere, while strolling down the Ugab River, he made a loud rumble which locals recall sounding like a motorbike. What they didn't know then, was that this loud rumble was his way of saying that he was going to return - this time, with a herd of elephants, now known as Mama Afrika’s Herd. In the decades since his arrival, the "Old Man" as he was affectionately called by locals, made himself a home with the other desert elephants that followed him. By his example, they co-existed peacefully with the local community. They lived and grew alongside humans, powerfully displaying the magic of nature's harmony. Sadly, Voortrekker was wrongfully shot on the 25th of June 2019 after being declared a problem elephant by the Ministry of Environment and Tourism. After Voortrekker was killed, EHRA made a promise to never let another free-roaming desert elephant die due to hunting or human-wildlife conflict. This is why the #NUIIPEACEPROJECT in collaboration with @ehranamibia and @wild.ark. is so important. You can find out more about his story here https://www.ehranamibia.org/voortrekker or continue to follow us for more updates on the #NUIIPEACEPROJECT. Photo Credit: Chris Pitot

Each year NUII is committed to supporting biodiversity projects in wild places where we can make a real difference to the lives of communities, wildlife and ecosystems. We do this because wild places are a huge source of inspiration for us. We are proud to introduce our #NUIIPEACEPROJECT in collaboration with @wild.ark and @ehranamibia. Over the coming months we will be sharing updates on our important mission which helps to protect critically endangered, desert dwelling elephants and the communities that live alongside them in Namibia. Watch to find out more and follow our journey.
In the Erongo Region of Namibia, the main cause of conflict between people and elephants occurs over water. We are installing 40 solar powered, water pumps within local villages so that communities
have free access to water without having to purchase fuel to operate the pumps. This means that when elephants drink water from a local waterpoint within a village, it doesn’t come at a cost to the community. Watch to find out more and follow our journey #NUIIPEACEPROJECT. @wild.ark. @ehranamibia

LOOKING AFTER OUR SEAS AND OCEANS WITH EXTREME

Extreme has committed to supporting projects that make a difference to our seas and oceans in 2021 and beyond.

Our local UK partnership is with Sea Changers.  Sea Changers focus on providing UK marine charities with grants for conservation and research projects in the UK. A specific fund (Extreme x Tackling Ocean Plastics) has been set up to be allocated to towards projects that seek to tackle the problems caused by ocean plastics in the UK.

Our global partnership is with Coral Guardian.  Coral Guardian protect and restore coral reefs worldwide through the empowerment of local communities.  Our first project was SOS CORALES which took place in April 2021 and helped to restore a full part of Spanish coral to support the rebirth of this part of the ocean.

Froneri has partnered with the Rainforest Alliance who, through a sustainable sourcing programme, protect forests, improve the livelihoods of farmers and forest communities, promote their human rights and help them mitigate and adapt to the climate crisis.  Froneri is committed to using certified sustainable cocoa and chocolate across Nuii, Extrême, Movenpick of Switzerland & Kit Kat.